Throughout the war, different technology was developed and improved so that the Allies and the Axis could find out what the other side was up to. The U.S. began to experiment with radar countermeasures—one involved a radar set installed in a B-24 heavy bomber capable of pinpointing enemy radar stations on the ground. A 403rd Squadron crew, 1/Lt. Erwin C. Zastrow’s, received one of these B-24s. Because the equipment on board was so secret, it was ferried from the States with a 24-hour armed guard. Upon arrival, Zastrow’s crew was told it was the only one that would be flying that particular aircraft, which was named THE DUCHESS OF PADUCAH.

The crew spent about three weeks in training then was sent out on the first mission on January 30, 1944. Along with the crew, observers and technicians also boarded the aircraft so they could see how this B-24 performed in a mission environment. It turned out that there were still plenty of issues to deal with. The first test was a few passes over the newly-acquired Finschhafen. Nearing the airfield, the lights went out below them and Zastrow’s crew joked that there must have been an air raid. Then the searchlights went on, antiaircraft guns went off and everyone realized that they were the raid. Only later did someone realize that their new Identification, Friend or Foe (IFF) device wasn’t backwards compatible with the older IFF devices in the Allied equipment.

Leaving Finschhafen unscathed, a fire soon broke out in the nose turret of the B-24. It was brought under control, but also shorted out the power system. The navigator, who was using a special radar device on board to calculate their position, also lost their location when the power went out. Somehow, the observers and techs had fallen asleep during the mission. The crew had to act quickly to contact an Australian station for bearings, which required the installation of a radio tuner. Once this was done, Zastrow got the crew home without any further excitement. After that mission, Zastrow’s crew requested a transfer. “We told them goodbye and good luck. We would rather haul bombs,” wrote S/Sgt. Robert Roth.

While her first mission was a disappointment, THE DUCHESS OF PADUCAH would serve a long and successful career attached to the 43rd Bomb Group (and, at times, the 380th). 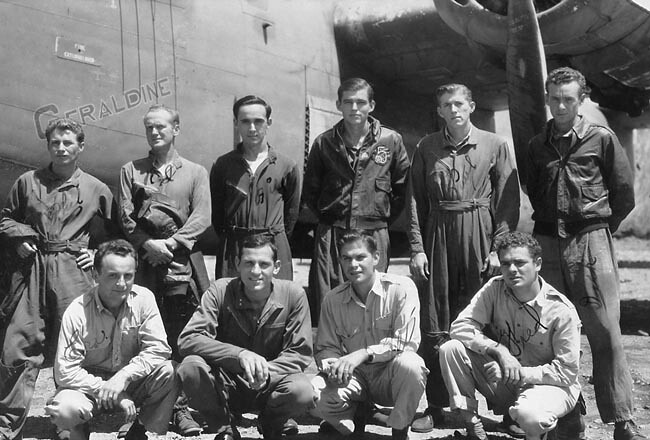