July 1944 was a rough month for the 312th Bomb Group. In the first two weeks, the unit lost eight men and four A-20s. Two more lives and one more A-20 would be lost before the month ended. On the 22nd, Col. Robert H. Strauss led the 387th Squadron to Kokas, Dutch New Guinea to take out antiaircraft guns and other targets in the area. The geography of Kokas and the Bay of Sekar presented a unique challenge for Allied aircraft: the region was surrounded by hills, which forced the A-20s to approach the area from a higher altitude and drop rapidly before they could attack.

The 387th dropped 250-pound bombs on buildings, personnel areas and antiaircraft positions and strafed the target. Acting as a wingman for flight leader Capt. Jack W. Klein was 2/Lt. Melvin H. Kapson. His A-20 was hit multiple times by antiaircraft and machine gun fire. Kapson returned to Hollandia with 128 new holes in his plane, one of three damaged on the mission. Klein’s other wingman was 1/Lt. James L. Knarr. Flying over the water, Knarr’s A-20 was hit by flak and crashed. Kapson and Klein realized that Knarr’s plane was missing after they reformed to head back to Hollandia, but no one knew what exactly happened. It wasn’t until the photos from Klein’s belly camera were developed that everyone got to see the crash as it was captured on camera. The four photo sequence, soon named “Death of an A-20,” was published all over the world.

Knarr was flying his 70th combat mission and finished his 12-month tour of duty, and he was scheduled to go home soon. His gunner, S/Sgt. Charles G. Reichley was on his 46th mission. 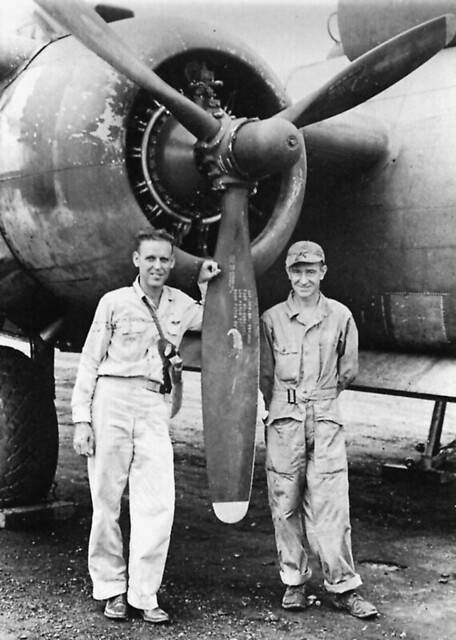 10 thoughts on “Shot Down at Kokas”