After the 22nd’s group mission on January 28, 1945, 33rd Squadron crews continued to fly smaller strikes the last three days of the month to Mangaldan, Bayambang and Baguio. After takeoff on the 29th, an engine on the B-24 REDHOT RIDENHOOD II developed a fire and turned back. The plane landed safely, though it needed extensive repairs before it could be of use again. Overall, with the destruction of various targets on the three islands, each day’s mission was considered a success.

Activity ramped up in February as the Group continued to support the ground troops in Manila by working over the coastal defense installations in Manila Bay. Corregidor was becoming a very familiar target for the Red Raiders, with a different objective on the island each day. They broke out of the monotony on the 4th with a mission to Caballo Island, two miles south of Corregidor, where they took out two coastal defense guns. By the 6th, crews began to hope for a new target that wasn’t Corregidor, though they were happy to see American ships scattered around Manila and Subic Bays. 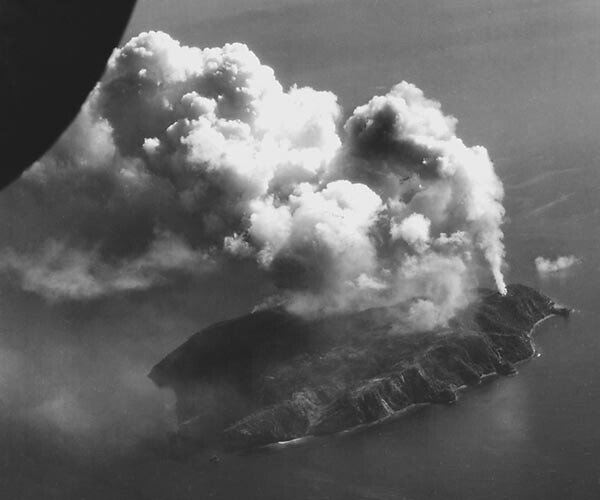 Corregidor Island is left smoking after it was hit by the 22nd Bomb Group on February 6, 1945.

February 7th brought with it a new target, Cebu. After V Bomber Command found out that approximately 700 Japanese troops were occupying the town of Bobo, 23 B-24s from the 22nd were sent to clear out the Japanese. This was enjoyable mission with a late takeoff time (Bobo was only 135 miles away from base) and good weather. They left the area in smoke and flames.

Around this time, there was also new addition to the Air/Sea Rescue operations. It came in the form of modified B-17s known as the Flying Dutchmen and equipped with a Higgins motorboat that could be dropped to downed crews. The boats were stocked with supplies and communications equipment. Between the supplies and being in a solid boat with a motor instead of a rubber raft, men had a much better chance of returning to friendly territory. 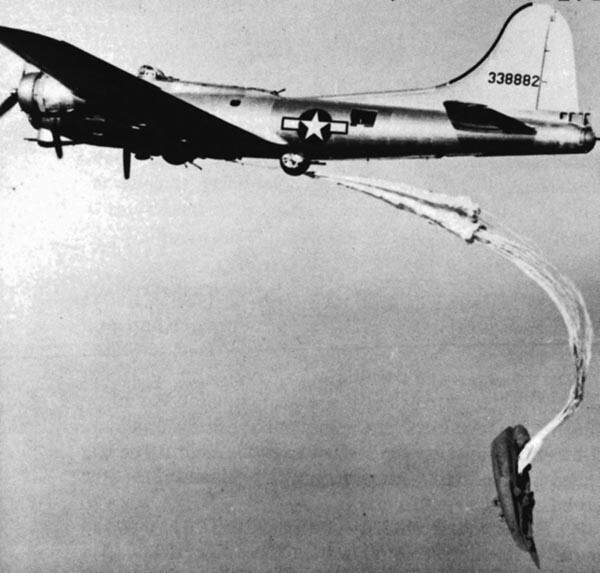 A rescue B-17 drops a Higgins boat to a downed crew. These B-17 conversions began in February 1945.

The Red Raiders enjoyed a couple of days off before they returned to Corregidor on the 11th and 12th to destroy any remaining targets, such as antiaircraft guns and ammunition dumps. With daily bombings by four heavy bomb groups, not to mention strikes from fighter, medium bomber, strafer and attack groups, Corregidor started to look like the surface of the moon. A continuous smoky haze hung over the island, making it difficult to see targets from the air. Still, crews had enough hits to keep up morale.

An unsuccessful search for some Japanese shipping on the 13th was disappointing, but the crews looked ahead to the 14th, when they flew a mission to Cabcaben Airdrome to take out some antiaircraft and machine guns annoying the Sixth Army as it advanced down the Bataan Peninsula. On the 15th, the 22nd flew its last mission to Corregidor, as the island invasion was to occur the next day. As it had done before, the Group targeted machine and coastal gun establishments. Their efforts were rewarded with explosions, fires and a twisted defense gun.

That day, General Krueger and his armies landed on Bataan Peninsula at Marivales. They were in position to head north, join with armies that had made the journey south from Lingayen Gulf, and advance on Manila. In the south, parachute regiments landed at Nasugbu, cutting off an escape avenue for the Japanese. The invasion of Corregidor began the next day with Allied forces attacking by air and on foot. After a tough battle that cost 222 of the 2065 men their lives, the surface of Corregidor was no longer part of Japanese territory. All that was left to do on the island was clear out the thousands of Japanese still hiding in its caves.

4 thoughts on “Battle of Manila: Return to Corregidor”